You are here: Home / Apps / Android Development- RULING THE WORLD

Lets take a minute! Have a glance around your Surroundings..Your Home..Your workplace.We all are surrounded with Plethora of Android Users utilizing Android Apps which now-a-days plays a crucial role in gratifying oneself whether it is for playing Virtual Reality game like “Pokemon Go” or sharing, uploading & downloading files in Google Drive, Enjoying Songs, movies, Chatting, clicking Selfies in different beautifying apps & much more.

This Android started as an experiment but continuosly proving itself by making it run on every item whether it is big or small from Smart watches, Smart phones to Smart TV, Smart homes, Smart Cars etc.

These Android Apps saves precious time of its Users by launching various apps for Banking, Shopping,News Updates,Blogging, E-learning etc that can make their respective task done at One-Click.

Android allows us to build innovative apps & games in a Java Languague Programming for mobile devices by providing a rich application framework.

ASD is the process where the new applications are created for AOP( Anrdoid Operating System) using the Android SDK( Software Development Kit) in Java Programming with other available developing tools like :

Fastboot is primarily used to modify the flashfile system via USB connection from host computer.

It is a latest, fast & efficient IDE designed & develop specifically for Android App Development that a set up a new Android project for differnt types of App within a very short spam of time.

Android App development can be done either on Windows, Mac or on Linux by registering yourself as a developer on Google Playstore & one time payment of $25 as compare to developing iOs device which can only be develop on Mac & charges $99 for yearly subscription.

There are variants of versions for Android developed by Google with the creation of Open Handset Alliance which has been launched from the year 2008 till yet in Alphabetical Order.

These updated versions of Android has increased the quality of Smartphones at such extent that we now have a Plethora of multiple devices suiting everyones budget & rescuing you from burning a hole in your pocket.

If you are a beginner & would like to develop Android Apps than the website “UDACITY” is the best Option you can go for.This Website will teach you the basics of Android & Java Programming if you are new to Programming. All what you need is to be a Consumer of technology i.e. Surfing Web , Chatting to take your first step in Android Development.

Author Bio: Varun Kumar Works for LatestOne.com as Content Writer. It is the e-tailer Company known for bringing the Smart Watches|Bluetooth Speakers|Power banks models from all major manufacturers at best discounts. The company has a fully operational office and warehouse maintained to make timely deliveries across the nation.

Get Access To Our Free E-book on "How To Grow Your Audience and Monetize Your Passion". 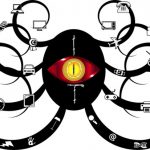 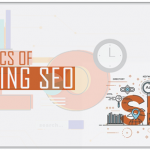 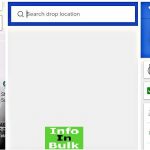 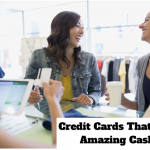 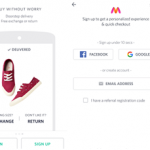 Rakesh Doddera holds an Engineering degree in Computer Science from VTU and aims to become a professional blogger.

He writes about apps, software, gadgets, web applications, web technologies and also How to guides.

if you have any query regarding guest posting at InfoInBulk, do let us know via email-  info@infoinbulk.com.